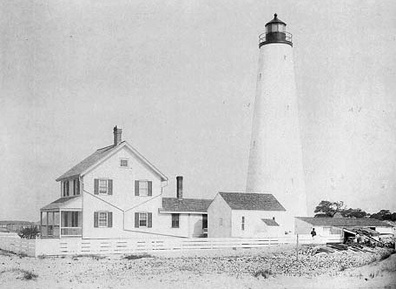 Located ten miles downstream from Georgetown, SC sits the North Island Lighthouse.  This seventy-two foot tall beacon was built around 1812.  The haunting of this lighthouse is said to be caused by the daughter of a former keeper who drowned tragically at the age of seven or eight.

The father was a widow and was raising his daughter on his own. His little girl was his world and she would accompany him on his lighthouse duties and practically everywhere else he went.

One day, after a trip to town to buy supplies, the two were headed back to the lighthouse in their little wooden boat.  Suddenly it began to rain fiercely and the wind began gusting.  The little boat began to rock wildly and started taking on water.  The light keeper realized the boat and all his supplies would be lost, so he took a rope that was in the boat and tied his daughter to his back.  Fighting hard to stay afloat, he had no idea which way he was swimming, but he knew he had to keep going to save his little girl.  Finally, they made it to the shore.

Feeling secure in the fact that his daughter was still strapped to his back, the exhausted keeper fell asleep.  When he woke, he tried waking his daughter, but to no avail, as the little girl had drowned during the struggle to reach the shore.  Despondent, the keeper was never the same and soon began neglecting his duties and wandering the town calling out for his daughter and falling to his knees in grief when she didn't answer.

Mariners in the area believe Annie is a bit of a guardian angel.  Many claim that she comes aboard their vessels, warning them of impending hurricane and nor’easters.  When she appears, the wise sailors pull in their traps and nets and head home. 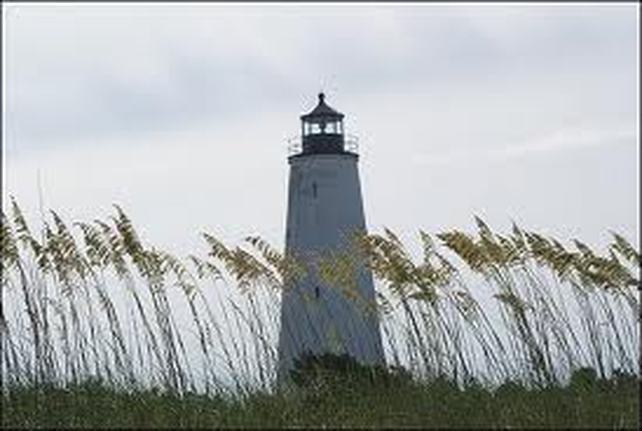 For more information or to request an investigation please use the contact form.
We are always eager to hear from you.