The story of Alice Flagg

There is a great audio story about Alice on "TheMoonlitRoad.com", That can be found here. 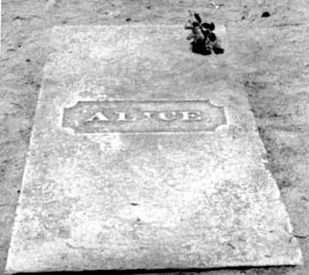 In 1849 Dr. Allard Flagg moved into his new home, The Hermitage, on Murrells Inlet, South Carolina.  He soon invited his widowed mother and 16-year-old sister, Alice, to live with him.  Alice Flagg was a beautiful young girl with long, thick auburn hair and bright brown eyes.  Dr. Allard Flagg and Alice’s other brother, Dr. Arthur were affluent doctors courting sisters of perhaps the most wealthy and upper-class family in the lowcountry.

While on a shopping trip in town Alice met a young lumberman and over the next few months they fell deeply in love.  The young man came to call on Miss Alice at The Hermitage one day but was met by Dr. Flagg in the garden.  After speaking with the man for some time Dr. Flagg realized the man’s low station and qualities and sent him away before he could speak with Alice.

Outraged by her brother’s treatment of her beau, Alice agreed to meet the man in secret and they soon became engaged.  When Dr. Flagg saw the plain gold band on Alice’s finger he demanded Alice return it and forget about the young man.  He wished her to find a young suitor who was of their social stature.  Alice agreed to return the ring but instead hung it on a ribbon and secreted it around her neck beneath her dress.

To help Alice forget her young man Dr. Flagg sent Alice away to boarding school in Charleston.  Alice had loved Murrells Inlet and disliked everything about the elite, highborn society of Charleston.  She refused to forget her love but reluctantly accepted her new surroundings, although never removed the young man’s ring hanging beneath her dress.

Late one night Alice fell seriously ill.  The physician concluded that she had contracted malaria and instructed the school to contact her family immediately.  Dr. Flagg sped to Charleston in his carriage but found Alice in a delirious state.  Despite the night being stormy, he packed her things and laid her in his carriage for the journey back to The Hermitage.

When the girl was lifted from the carriage Dr. Flagg found that she was much worse.  She drifted in and out of consciousness all night long, often clutching at her chest where she knew her young man’s ring still hung.  By morning Alice could not fight the illness and she fell silent and died.  Her body was dressed in her favorite long white dress, but when Dr. Flagg discovered the ring her removed the ribbon and threw it out onto the marsh.  Alice was buried at All Saints Cemetery near Pawley’s Island.  A plain marble slab covers her grave.  The engraving on the stone consists of only one word - Alice.

Although more than 150 years have passed, the ghost of Alice Flagg is still occasionally seen in her lovely white dress coming in and out of the front door of The Hermitage and walking the cemetery at All Saints Cemetery.  Whether she’s seen at the house or the cemetery she’s always clutching one hand to her chest, hoping her ring will be returned.

The report of the ghost of this young girl walking the salt marsh graveyard searching for her ring brings many romantics to this site.  Vistors often bring flowers and small tokens of remembrance in hope of contacting Alice and calming her heart-sick soul.